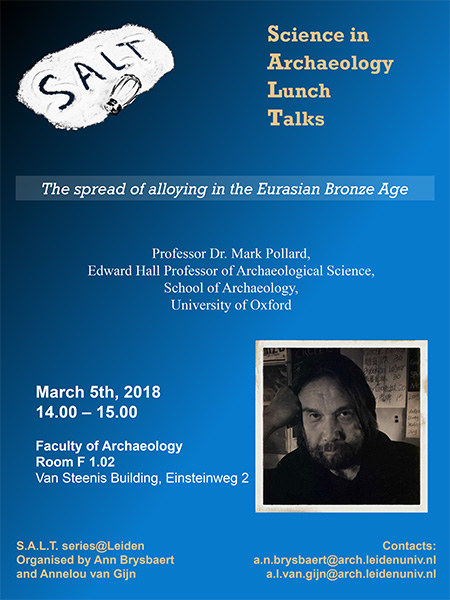 Abstract: As part of the FLAME project, we have assembled a GIS database of around 90,000 chemical analyses from metal objects across Eurasia, from the Atlantic coast of Europe to China. This allows us to look for the first time at large scale chronologically resolved patterning of the alloying of copper with other metals. Alloys with arsenic, antimony, tin and lead will be considered. Consideration will be given to the question of detecting ‘deliberate’ from ‘accidental’ alloying, and the value of using Cumulative Frequency Distribution functions as proxies for ‘Regional Alloying Practice’.