Daniel R. Turner holds a B.A. in Anthropology from the University of Alabama (2010) with specializations in medieval history and the archaeology of complex societies. He received an M.Phil in Archaeological Research from the University of Cambridge (2012) after completing a dissertation on comparative labor costs of early medieval earthwork enclosures in the British Isles.

Prior to joining the SETinSTONE project in January 2016, he served as a Staff Archaeologist for Panamerican Consultants, Inc. (PCI), one of the largest cultural resource management firms in the United States.

Daniel’s research interests focus primarily on labor and demography in preindustrial societies, with particular emphasis on architectural energetics of earthworks. Broad themes that continue to fascinate him include warfare, monumentality, and responses to environmental change.

Within the SETinSTONE project, Daniel’s research into labour and memory in Mycenaean tombs has standardised reported task rates for preindustrial construction relevant to tomb building and reclassified the scale and shape of tombs in terms of cohesive, pragmatic, and assertive signals to regional communities. Thus offering a methodological and theoretical update for other studies in architectural energetics and Mycenaean mortuary behaviour.

Photogrammetric modelling of the tombs has also proven the viability of comparatively low-cost solutions for digital survey and preservation of archaeological features. When faced with funding or time constraints, local authorities may be able to employ similar techniques to preserve features for future researchers and the public without the prohibitively high cost of many 3D scanners. This is especially useful for features threatened by natural and social phenomena (i.e., destruction by seismic activity and looting). Entire cemeteries of 60+ chamber tombs can be surveyed within two weeks, and after processing times of 3–6 months, true-to-life digital models of each tomb rendered for research or public use.

Daniel’s research contributes to comparative labour methods and our understanding of Mycenaean funerary practices outside of the heavily studied Argolid. Compilations of task rates from experimental and ethnographic sources will refine studies in architectural energetics by pairing researchers with tool- and material-appropriate rates for manual labour, rather than the previous practice of selecting single-rates from mid-twentieth century precedents. Photogrammetric modelling of 94 tombs from Achaea and Attica will also result in one of the largest databases of its kind. Open access upon completion of the project will aid future research and improve preservation practices in understudied regions. 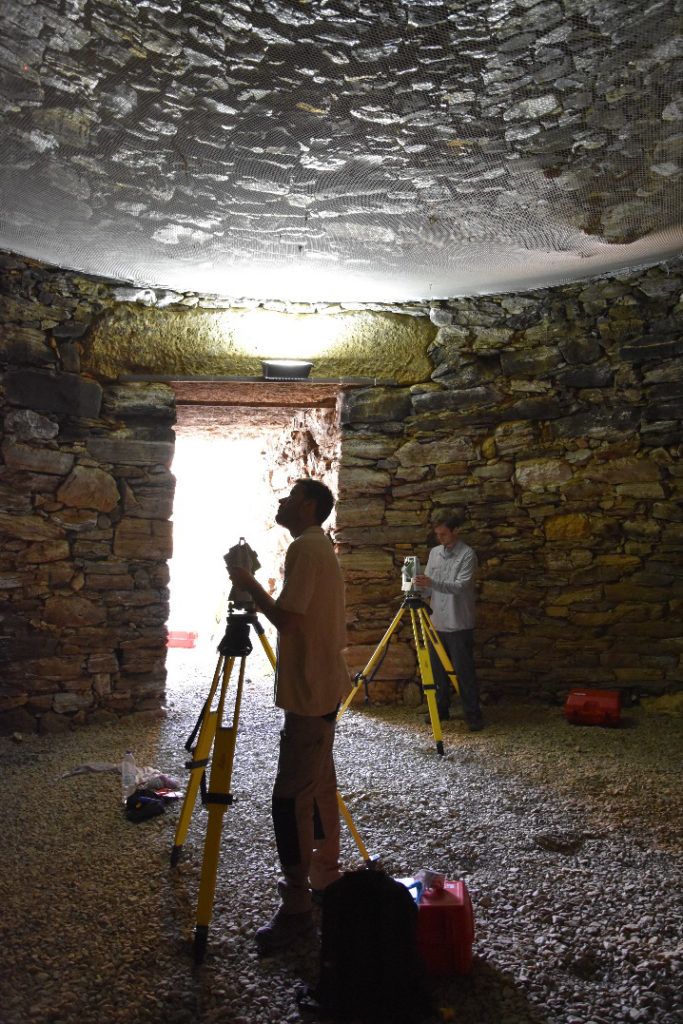